New Moon Solar Eclipse: Something New on the Horizon

June 10, 2021
I’ll just apologize straight out for the weird formatting of this post! Mercury retrograde is in full force -i’ve already written it three times . Looks like this publishing app is useless and I’ll have to try something new next time . In the meantime...
We have just moved through a couple of very tense weeks as Mars (warrior) picked a fight (or two) with Pluto (power and control) sitting opposite.
This sort of ridiculous back-and-forthing - projecting and counter/projecting etc etc - is just so boring! And yet we get sucked in every time (or at least I do)!  By now many are seeking a way beyond the polarities,  and this eclipse energy may provide a new window or a doorway to see the world through.
This Gemini eclipse says is time to awaken to a more conscious awareness of our purpose and direction in life (North Node) so that we can become the captains of our own ship!
‘Two old ladies were driving along-  one said to the other, “Mable, you’ve just driven through three red lights! Mavle looked over in surprise and said  “Oh ! I thought you were driving!” ‘
hehe
Sometimes you just got a laugh at it all! So many narratives abound, so many agendas at play. There’s a mainstream narrative, there are each countries narratives,  there’s are leaders narratives and there are also each persons narrative. And everything in between.
And each of these narratives are constructed of a selection of viewpoints and beliefs . It’s  not always easy to get to the truth, because the very people we rely on for facts and information have been co-opted by various political agendas. So what to believe? What to pay attention to? I think we have to get comfortable with saying I don’t really know !
Speaking of what we know or don’t know ~  last year a bunch of government information was declassified around UFOs - and nobody even seemed to even notice because we were so distracted by Covid . I saw a short clip on the news but that was just about it . There’s a great documentary on Netflix called The Phenomenon about these disclosures and it’s all quite fascinating.
These documented stories can challenge our way of thinking and openness up to many possibilities . That Is just one example of new informatio coming to light that can change our way of thinking . Meanwhile,we're  still being bombarded daily with many falsehoods, manipulations, distortions and it’s hard to sort through them all in the midst of so much pain and fear and chaos. We all know that politicians lie, yet  what really amazes me is that so many people believe them!
This is the time for truth telling and yet nobody really knows what the truth actually is. Of course you think you do and you will argue your point endlessly but I would challenge that and suggest that there is a lot we don’t know; still more unveiling to come.
Meanwhile, the world has gone mad and the inmates have taken over the asylum! Oh wait - it’s always been that way . Maybe we’re just finally starting to recognize it.
But seriously - we’ve got to start working together. Petty disputes and petty tyrants have no place in the new order. Gemini speaks to the diversity of human experience ~  time to transcend political parties, gender politics, ideological stances, ethnicities, assets, angendas and attitudes - to find some common ground.
Everybody bleeds . Everybody hurts . Everybody laughs. Everybody cries.
As we continue to make our way through this maze, Gemini wants us to celebrate our differences and get beyond all this bickering.
At  every eclipse we face a turning point where something is left behind to make way for something new to come in . Whatever belief or idea of how things should be has brought us to where we are- needs to be blessed and then released - to make way for the new energy.
A simple ritual of writing down what you were releasing and burning it in a candle or fire can help to make it so .
Although we can certainly feel that change is in the air, there’s a certain vagueness and uncertainty of outcomes requires  an act of faith as we step into the unknown .

If you put your chart into astro.com you see what house/area the eclipse occurs in to get a better idea of where a release may occur. It may be a concept, a person, a place, a job, a habit (haha that came out as hobbit!) If you’ve got any hobbits hiding in your cupboards - it’s time to set them free!
We all want to live with the hobbits in the shire  in the woods (well at least I do !) We’ve all read the story or watched the movie.  When Frodo got called to his great adventure he really didn’t want to go . But fate was calling him, and they would be many challenges and obstacles ahead before he could make his way back home.
As we transition from the old era to the new (a process that could take many years)  we find ourselves in the in/between. A fog Sedna to have descended and whatever lies in front of us is still unknown.
At this time the setting of clear intentions is extremely important yet how can we do that when we don’t even know where we are heading? Mercury retrograde suggest we take some time to reflect and review before we make new plans.  Neptune continues  to bring uncertainty -feels at times like we’re operating in the dark.
As the earth’s shadow temporarily blocks the sun’s  light, it invites us to step outside our logic to access our intuition.  Probably 90% of our beliefs lie I n our unconscious mind, so the real first step is to become more self-aware. Become a witness to your own self programming .
The zeitgeist of the Gemini/ Sagittarius nodal elaxis is ultimately about examining how we find meaning in life (or the meaning OF life! )
By reviewing, redefining  and releasing old core beliefs and old stories (south node in Sagittarius) we can start to see more clearly whi  we are and what we’re doing here. It’s rather shocking to discover that the very ideas that we have basec our sense of self ~ and of belonging ~ may not even be  ours own.
“Are we free? Are we conscious? Are we making decisions based on Full awareness, or are we driven by unconscious dynamics that we’ve inherited, or that we developed as a response to childhood trauma? Insofar as we are not conscious we are not free.”  Gabor Mate

Facing our illusions can be painful ~ it takes courage to see things as they actually are and not just how we want to see them.

This series of eclipses can reveal the truth around the old stories we have been told ~ and raise our awareness to evolve  beyond hidden  narratives.
We are beginning a new chapter and it turns out that each of us is actually the author.  It’s time to write your own story!
You know you want to!

Popular posts from this blog 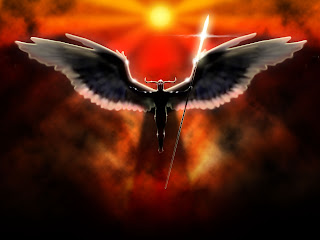 Before I start: a few quick notes . First,  If you want to be on the mailing list and get notification whenever there's a new post, you can sign up on the link to the right. Also , I do regular Astro Updates on Facebook . The link on lower right will direct you to 'like' the Aurum Astrology FB page. Just be forewarned, Facebook sometimes limits who sees these posts (to get us to pay more) so best to just visit the page regularly to see daily updates . The FB posts  tend to be short and sweet, while on here I go into more detail. Thirdly : I do Personal Astrology Readings which combine your birth chart with a look at your hand print . Its quite amazing to see how the natal chart is reflected in the lines, finger prints and shape of the hand . It really helps to understand what resources we have to work with to aid us in  fulfilling our Personal Life Purpose.  To book a session email aurumastrology@gmail.com ($150) I also want to apologize for the weird f
Read more 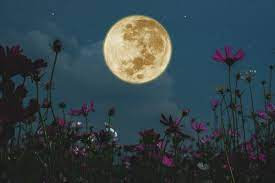 I may be on here less during the summer months... I hope you are enjoying your holidays (if you have them)  This is a time of two-steps-forward and one-step-back; we all need to be flexible and persistent at the same time. I am going to see how it goes re writing this blog... change is in the air.   The Full Moon last Friday was both powerful and beautiful ~ did you see it?  With Pluto close by, emotions already amplified by the Full Moon were both volatile and intense, and that effect lingers on still. We  started a new emotional cycle at the last Cancer New Moon  two weeks ago... and those emotional issues came to a peak at the Full Moon. There is a lot of pressure to change, grow and adapt... with an added emphasis on family and children.  That includes feeling into our own inner child and learning to take better care of ourselves. We are called to  laugh and play a little (or a lot) ... take a moment to  set aside your worries to let go and enjoy life.  Let your inner child out to
Read more 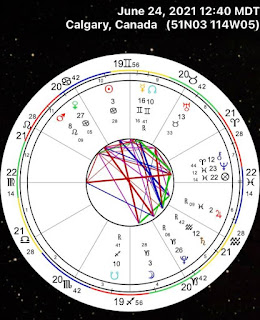 Raven
Canada
This blog is a labour of love. I have been studying Astrology for over 30 years...and have added Chirology (Hand Reading) in the past 8 years. Every human being has a unique archetypal nature, which calls out to be investigated and expressed. Your soul finds expression not by doing something, but by you being yourself. A personal Astrology/Hand Reading can help you get better acquainted with yourself, and the choices you make, consciously or unconsciously, by helping you understand and live in accordance with your true nature. Soul–Centred Astrology includes Analysis of your Natal Chart, North & South Nodes, and current planetary transits ... combined with a look at the lines and qualities of the hands. Through this process my goal is to help you discover your own particular story and life patterns, so to develop a deeper understanding of the journey you have set out for yourself (knowingly or unknowingly). It is an ongoing learning process... there's always more to know. "A journey of a thousand miles begins with the first step..." email: aurumastrology@gmail.com